Abe, a teacher and researcher at Bucknell University from 1973 until 2012 and a Research Associate of Archbold Biological Station https://www.archbold-station.org/ from 1976 to the present, held Bucknell University’s endowed David Burpee Chair in Plant Genetics from 1983 until his retirement in 2012. He has published 170 scientific articles including 2 books (see Publications link) and his lab hosted 21 Post-Doctoral Fellows (see Post-Doctoral Fellow link) between 1981-2011. His research group’s contributions were recognized in 2008 when he was named a Fellow of the American Association for the Advancement of Science (AAAS). The Ecological Society of America’s Board of Professional Certification named him a Senior Ecologist in 2001; currently he is certified as an ESA Senior Ecologist Emeritus. While his research interests are broad, many of his research projects focus on ecological and evolutionary interactions of host plants (e.g., goldenrods and oaks), their herbivores (e.g., gall inducers), and the natural enemies of herbivores; Florida Scrub vegetation dynamics; demography of dwarf palms (palmettos); and the role of fire in Florida Scrub. In addition to continuing his research in retirement, he enjoys working with land conservation, land management, antique farm machinery, and sampling craft brews.

Abe’s teaching was recognized with two awards from Bucknell University, the Lindback Award for Distinguished Teaching in 1975 & The Class of 1956 Lectureship in 1982, and he was nominated for Baylor University’s Robert Foster Cherry Award in 2007.

His commitment to conservation was recognized in 1984 by National Audubon Society’s William Dutcher Award for Outstanding Service to the Audubon Cause at the Regional Level (Mid-Atlantic Region), in 2002 by a Lifetime Achievement Award from the Merrill Linn Land and Waterways Conservancy, and in 2014 by the Science and Conservation Awareness Award from Archbold Biological Station. He was honored to present two Pettingill Lectures in 2002 at his alma mater University of Michigan’s Biological Station and two Eminent Ecologist Lectures in 2009 at Michigan State University’s Kellogg Biological Station.

Passionate about energy-efficient building design, abe and his wife Chris designed their passive-solar, firewood and geothermal-heated home and abe designed and built a passive-solar, geothermal-heated office and shop building in 2011 that is adjacent to his home on Shamokin Mountain near Lewisburg, Pennsylvania. He and Chris placed a conservation easement on their mountain-top forest land in 2013 to protect their forest land in perpetuity. He volunteers his services to the Merrill Linn Land & Waterways Conservancy.

Abe enjoys travelling and has participated in expeditions to the Andes Mountains, Amazon basin, as well as 3 trips to Ecuador’s Galapagos Islands (1979, 1990, 2008), Peru (including Machu Picchu), and Brazil. He has rafted or canoed white-water rivers (Tatshenshini, Alsek, Nahanni, and Wind Rivers) in the Yukon, Northwest Territories, British Columbia, Alaska, the Selway River in Idaho, and 2 trips on the Colorado River in the Grand Canyon of Arizona. He co-led the 2008 Bucknell alumni Galapagos Islands trip with his daughter Jill. Abe crossed Russia via the Trans-Siberian Railroad in 1993 spending time and presenting a talk at the Russian Academy of Science in Krasnojarsk, Siberia and toured natural areas in Botswana, Namibia, Zimbabwe, South Africa, and New Zealand, in addition to England, Scotland, Hungary, and Switzerland. He and his wife Chris have participated in over 20 Road Scholar travel programs. 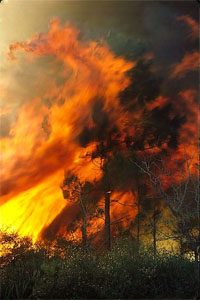